What is Eastern Equine Encephalitis?
Eastern equine encephalitis (EEE) is a rare but serious disease caused by a virus.

How is the EEE virus spread?
The virus that causes EEE is spread through the bite of an infected mosquito. In Massachusetts, the virus is most often identified in mosquitoes found in and around freshwater, hardwood swamps. More information about different types of mosquitoes that can spread the virus can be found on the MDPH website at www.mass.gov/dph/mosquito.
EEE virus particularly infects birds, often with no evidence of illness in the bird. Mosquitoes become infected when they bite infected birds. Although humans and several other types of mammals, particularly horses and llamas, can become infected, they do not spread disease.

What are the symptoms of EEE?
The first symptoms of EEE are fever (often 103º to 106ºF), stiff neck, headache, and lack of energy. These symptoms show up three to ten days after a bite from an infected mosquito. Inflammation and swelling of the brain, called encephalitis, is the most dangerous and frequent serious complication. The disease gets worse quickly and some patients may go into a coma within a week.

More information is in the Downloadable fact sheet below. 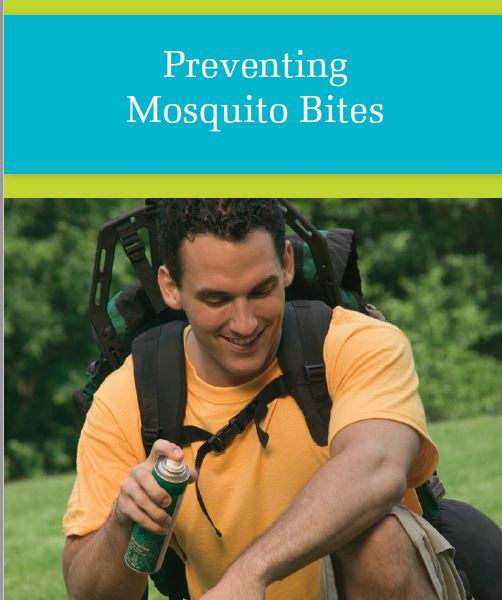 Why is it important to prevent mosquito bites?
Mosquitoes can spread diseases that make you sick.
In Massachusetts, mosquitoes can give you eastern equine encephalitis (EEE) virus and West Nile virus (WNV).
Eastern equine encephalitis is a rare but serious disease. Symptoms include high fever, stiff neck, headache, and lack of energy.
Swelling of the brain, called encephalitis, is the most dangerous complication, and can cause coma and death. Most cases in
Massachusetts occur in the southeastern part of the state.

West Nile virus infections are more common than EEE, but most
do not cause any symptoms. Mild WNV infections can cause
fever, headache and body aches, often with a skin rash and swollen
lymph glands. A small number of people (less than 1 out of 100)
who get infected with West Nile virus develop more serious illness;
this is more common in people over the age of 50. Symptoms
of serious illness include headache, high fever, stiff neck, confusion,
muscle weakness, tremors (shaking), convulsions, coma, paralysis,
swelling of the brain, and sometimes death.

See your doctor if you develop these symptoms.

Only a small number of mosquitoes are infected at any given time, so being bitten by
a mosquito does not mean you will get sick.  However, the best way to avoid both of these
illnesses is to prevent  mosquito bites.

What is the best way to prevent mosquito bites?